Elite Falconry are a falconry center based in Fife, they do flying and falconry displays and various raptor related activities. One of the things they do is photo workshops and this is a brilliant way to see the birds in flight, as well as to fly the birds yourself.

They have more news and updates on their facebook page

The birds are setup with roosts just inside the entrance and there are a variety of birds present.  Including this handsome Peregrine Falcon. 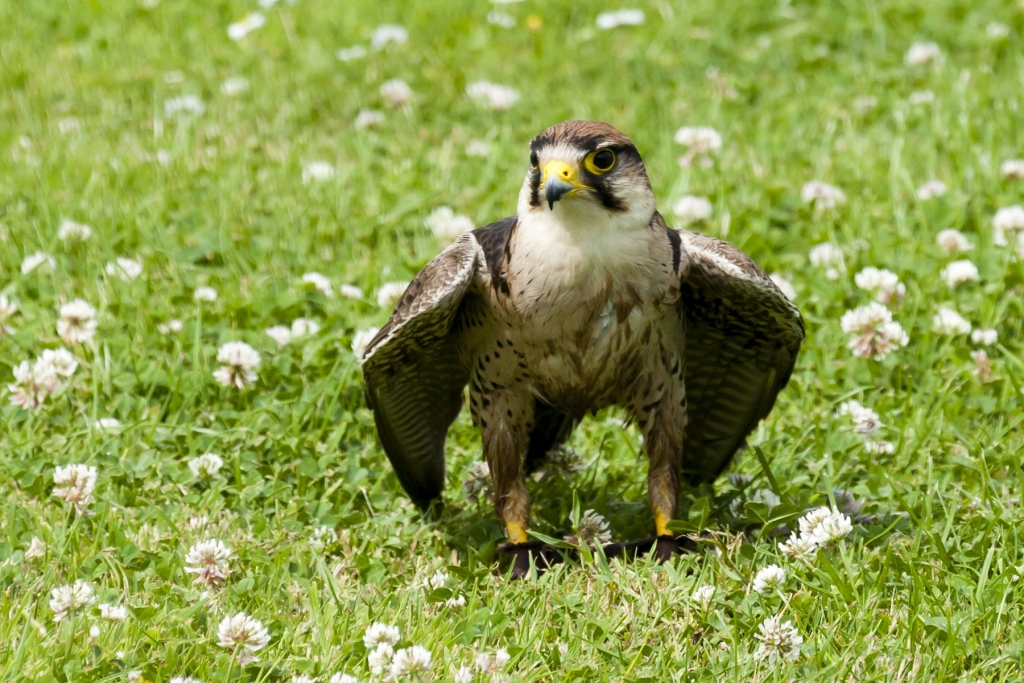 The first session was with a Eurasian Eagle Owl. Owls in general are not very popular with other birds, this is because, being successful nocturnal hunters they like nothing better than sneaking up on a sleeping diurnal bird and murdering it. This gives them – for some reason – a bad reputation and other birds will noisily complain if they see them. Hence Eagle Owl’s don’t play very well with others. This one was well behaved, fortunately, and did not fly off into the wild yonder, unlike the last time I flew one (I didn’t mention that…).

Very practically this owl had warm, fluffy down leggings which are very useful for Scotland!

Also note that Owl’s in general are “thick as mince”, the wise old owl has no bearing in fact and this tends to limit the amount of training they can learn from or retain. Much of their neural processing is dedicated to their extraordinary senses of sight and hearing, which are truly remarkable.

The second session was with a Harris’ Hawk. These are fairly distinctive in that will co-operate in social groups to hunt (making them much more congenial than the eagle owls); and they are popular amongst falconers because they respond well to training.

This was an interesting session and the bird flew several times. Note that after the hawk has eaten it’s full (being rewarded after each flight) it will no longer fly as it has no interest in amusing hominids. The birds have long memories which make the correct training very important; if you neglect to feed a bird after a flight it may never fly for you again.

Hawks tend to be woodland hunters as their shorter wings make them manoeuvrable amongst trees, they are not as fast as falcons, or as powerful as the larger eagles.

The third session was with a Red Kite. These are scavengers, very agile in flight, and prefer to eat on the wing if they can. They use their tail as a large rudder and can be incredibly athletic in the air as well as being very beautiful flyers. 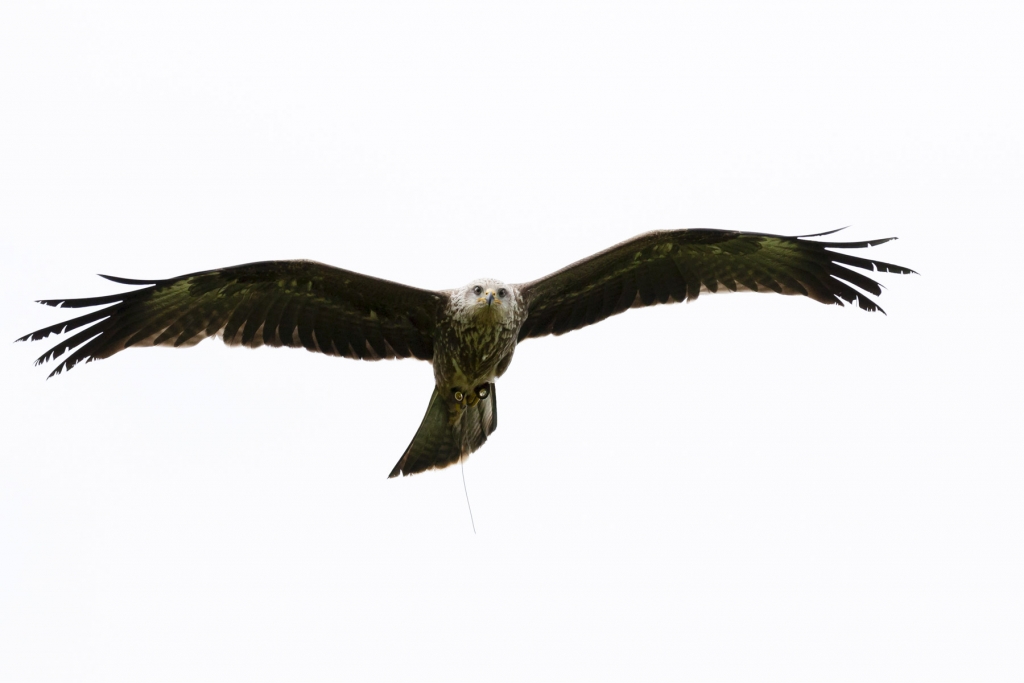 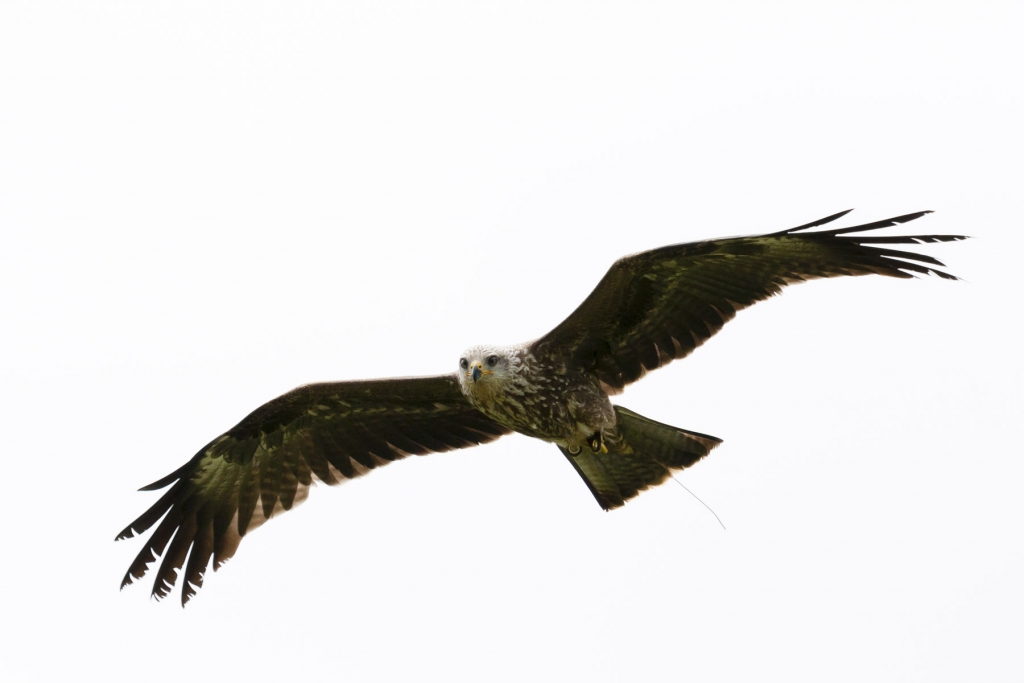 The fourth session was with a Golden Eagle. This is a massive and stunning bird and it was a pleasure and privilege to see it in action and up close. They are large and powerful birds and while, surprisingly light for the size, they can still mass over 5kg. You rapidly notice when you are holding one.

The final bird encounter while we were walking back to the entrance was with an African Spotted Owl who preferred trotting down the path to flying. 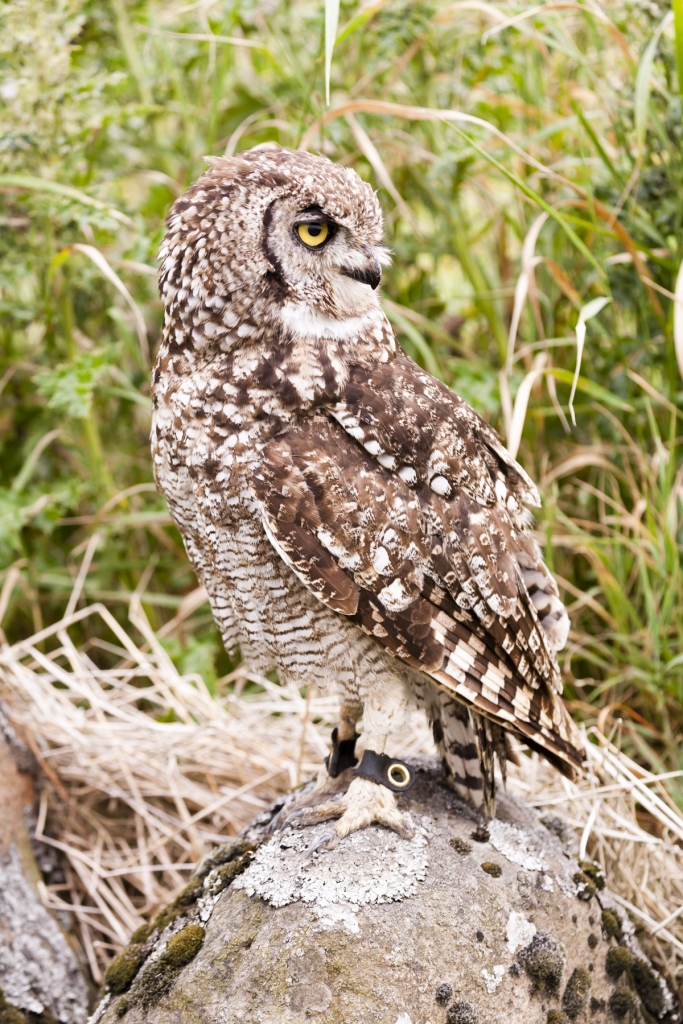 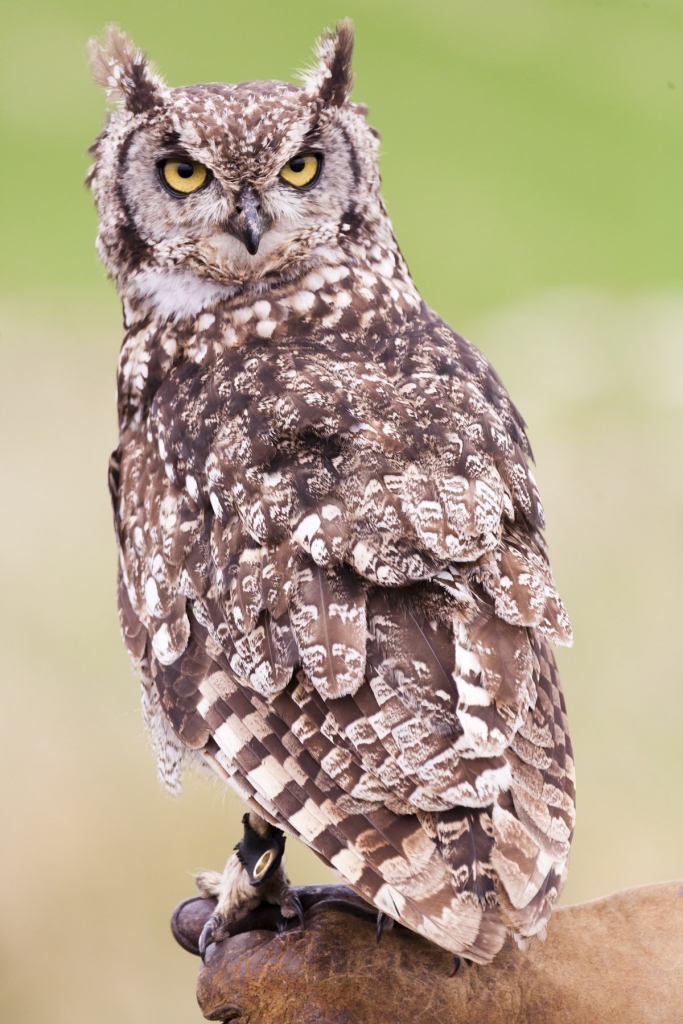 Paused briefly to pose for photographs. 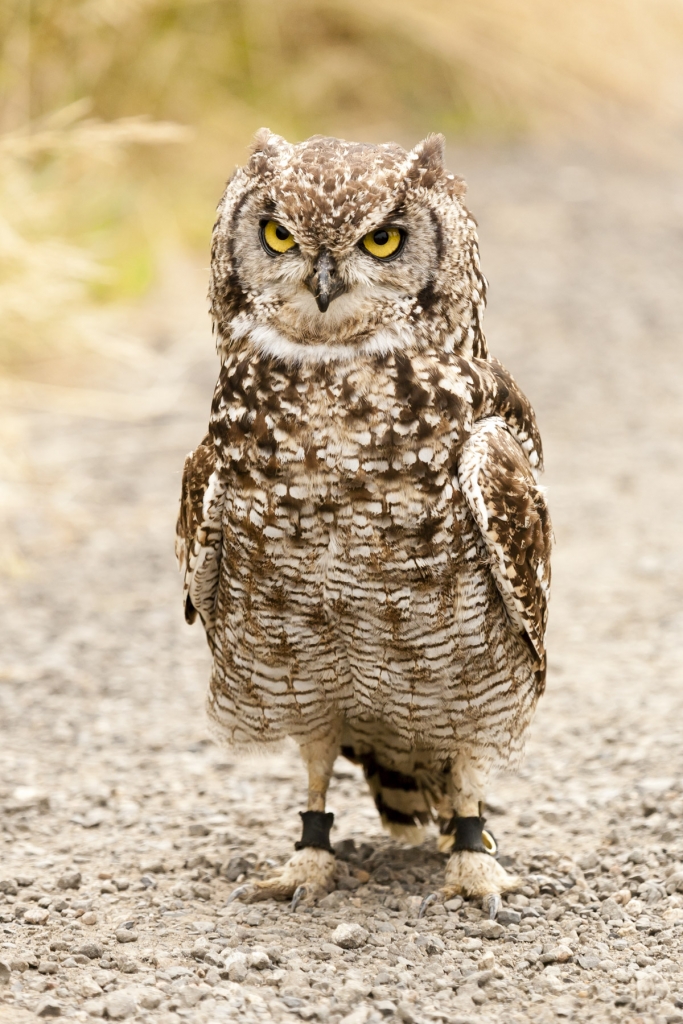 This was a really good day out, the falconers had a great deal of knowledge about the birds and there were good opportunities to interact with the birds and to take photos. We very much enjoyed our time – thanks!