Scotland is blessed with dramatic seasonal changes over the year, Autumn in particular can be stunning.

Close to hand there are some beautiful old forests that are worth checking out.

Near Edinburgh (just out of Dunbar) this is an old forest, now run by the Woodland Trust.  It is believed to contain some remnants of the old Scottish oak forests, although it has been previously been harvested and replanted with a variety of conifer species. The forest is being restored slowly and there are still some old Oaks surviving on the banks.

There is a mixture of vegetation and a variety of wildlife in the loch.  There are also some whimsical creations on a sculpture trail including sculpted doors and windows on some of the older gnarled tress for Glingbobs and Tootflits (magical beasties, all created by a local sculptor Robin Wood). The sculpture trail is particularly great for kids and is short and gentle.

The lumber from the wood is believed to have been used in building the ship great Michael which was an early Scottish warship and was the largest known ship afloat for a time. Until Henry the 8th got jealous and built Great Harry.  Snappy name there, wonder how he thought of it?

Oak tree bordering the path down by the loch with just a slight tinge of autumn colours showing. 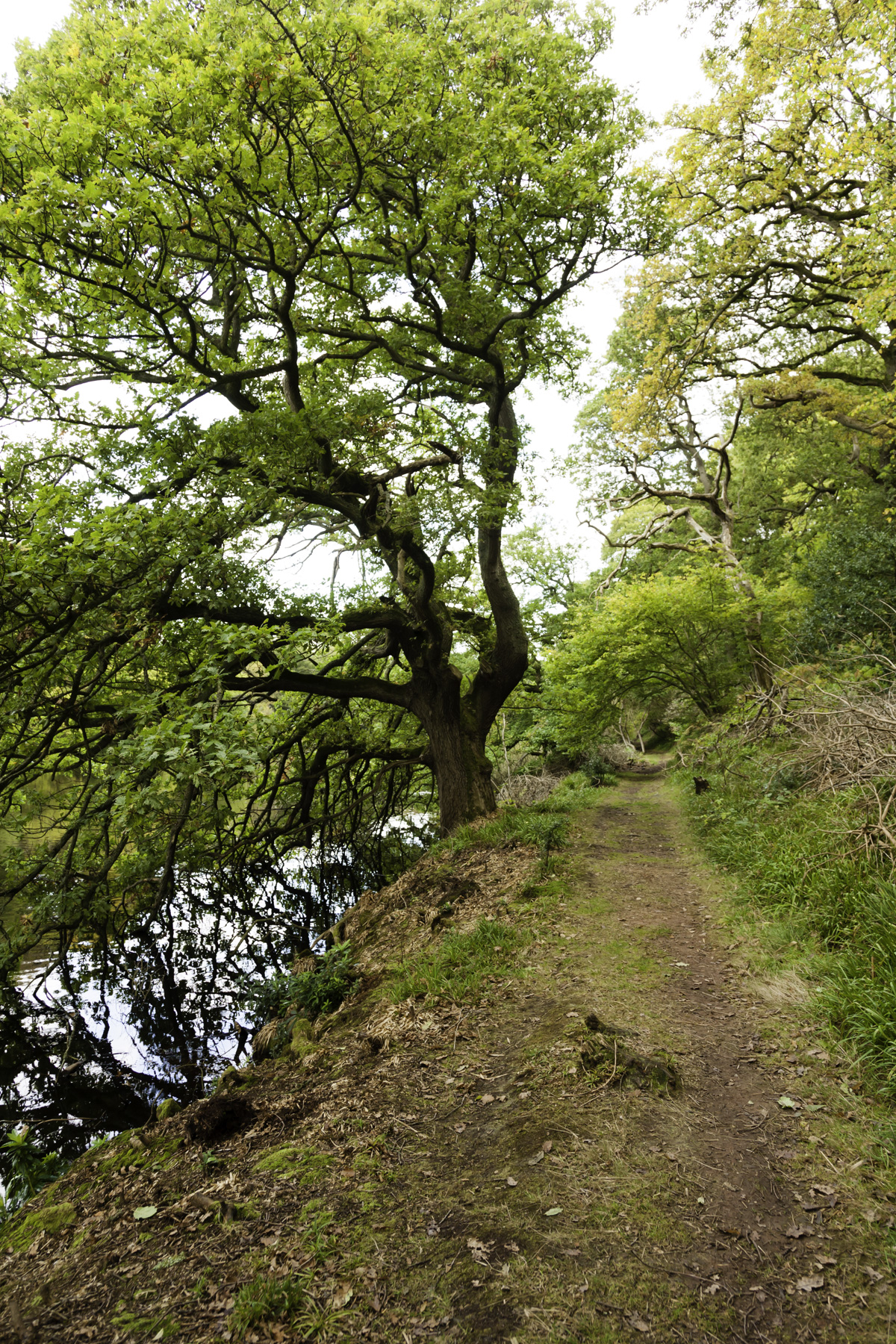 A view of the loch framed by vegetation, the bracken beginning to die back. 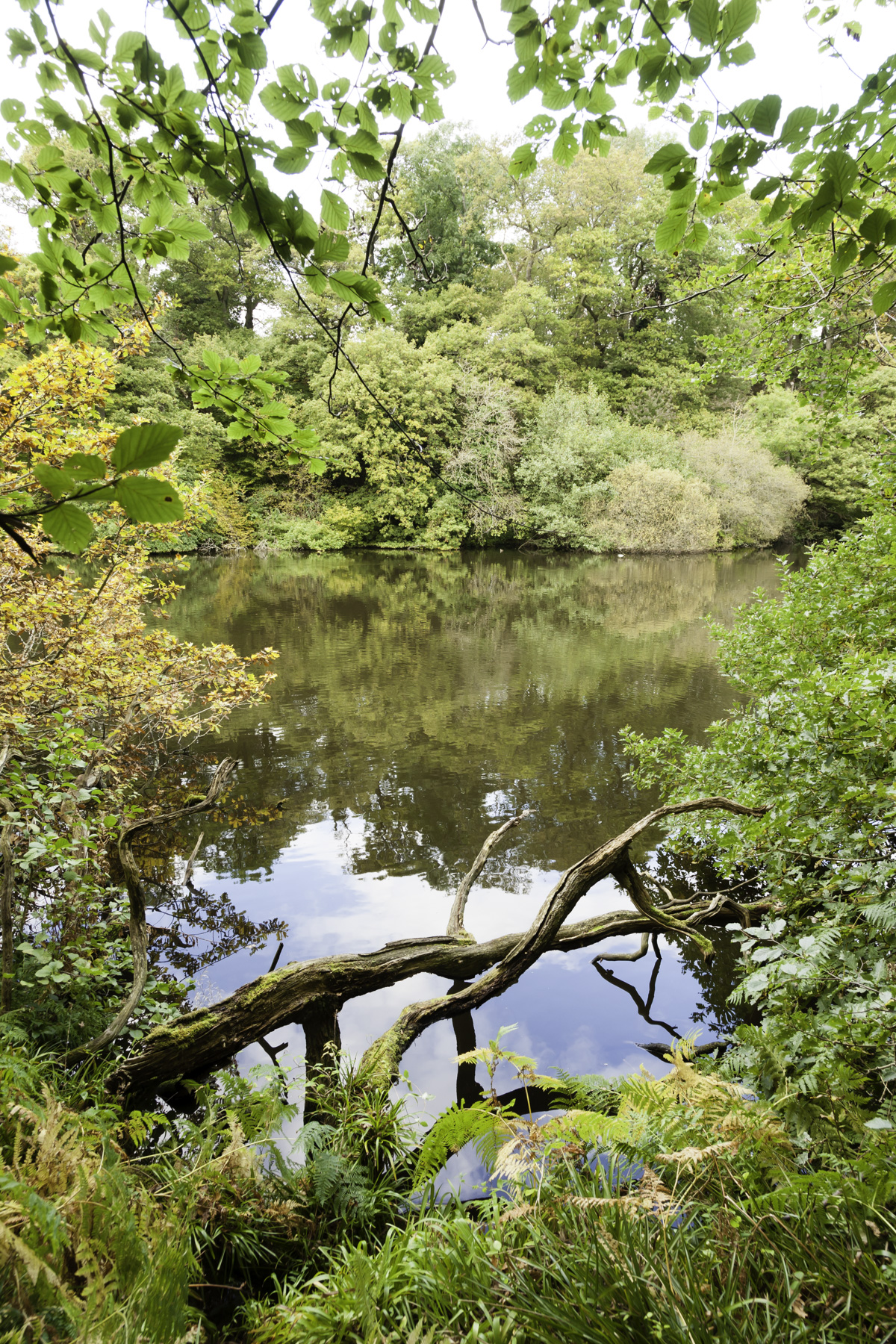 Another view down the path. 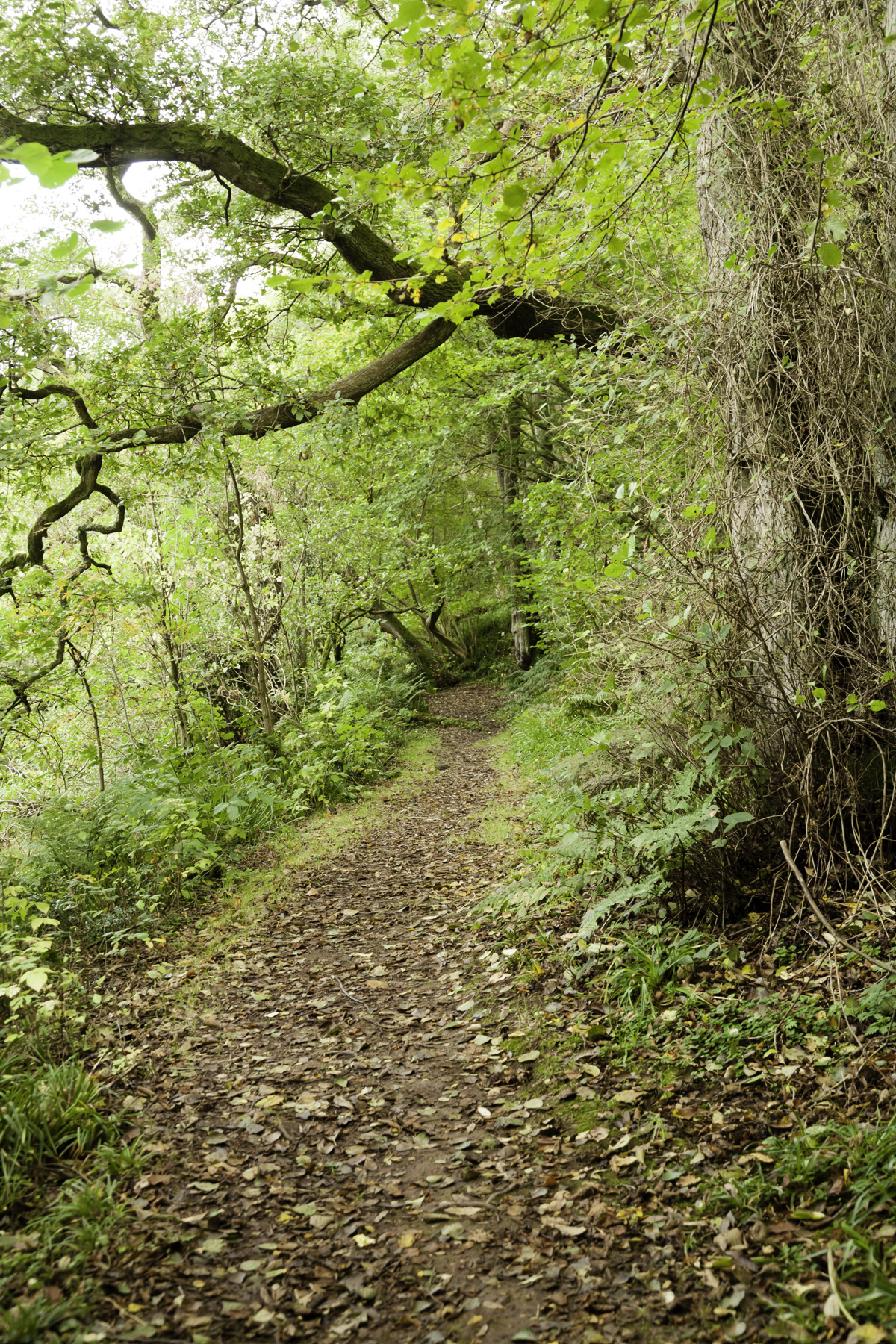 Looking out over Pressmennan Lake, one of only 3 so called “official lakes” in Scotland, the rest are lochs.

This is a popular circular walk through birch and other mixed trees on the outskirts of Aberfeldy, the walk ascends and descends the gorge beside the Falls of Moness.  Originally called the Dens of Moness, the walk was renamed after the popularity of a Robert Burns poem The Birks o’Aberfeldie in 1787.

This area is stunning in autumn and as we were slightly later in the season, had much more pronounced colours.

Striking colours just at the start of the walk 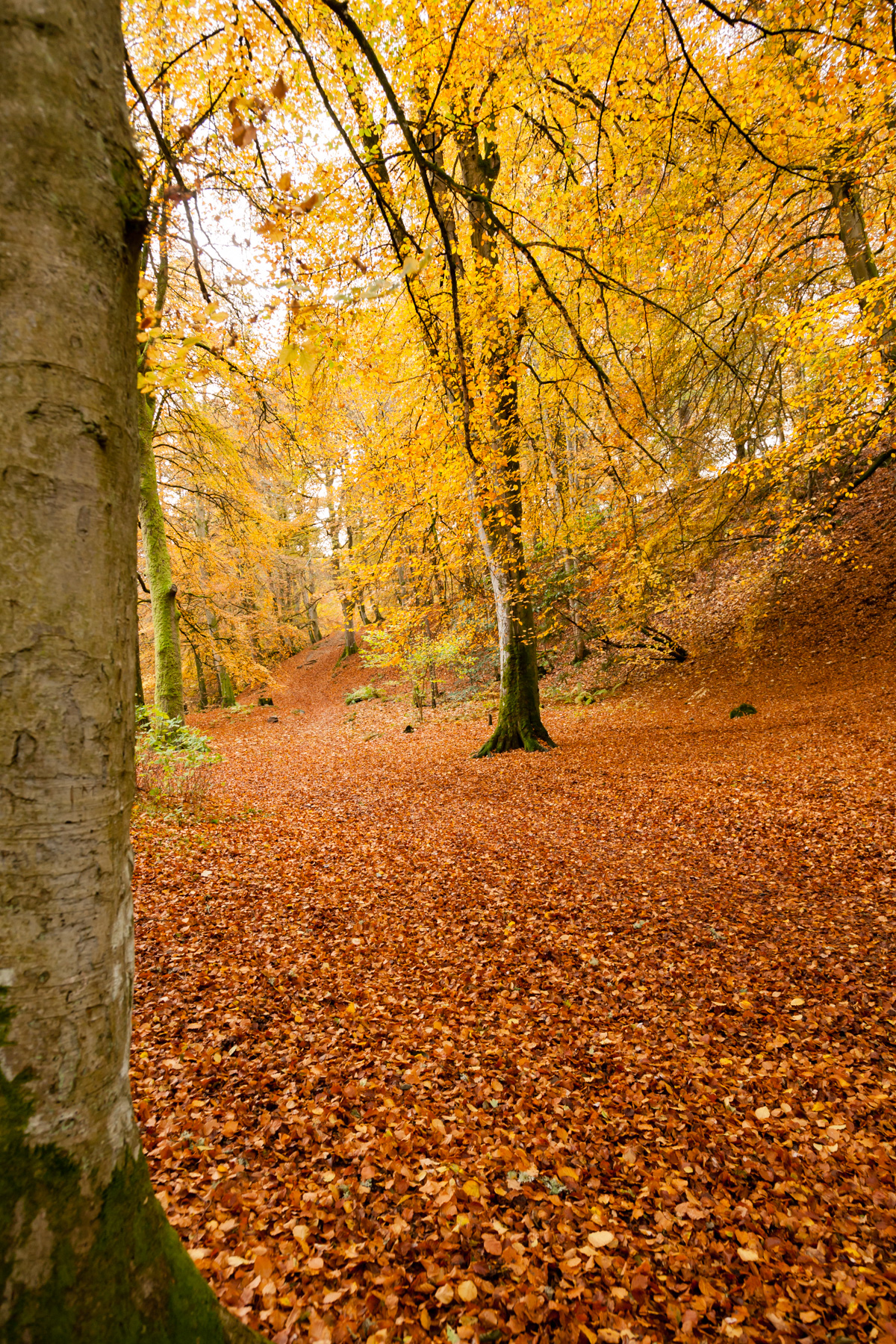 Small waterfall by the path

Breaking the rules, unfortunately did not have my tripod so had to hand hold this shot using the fence as bracing.  Still reasonably sharp despite bodging it! 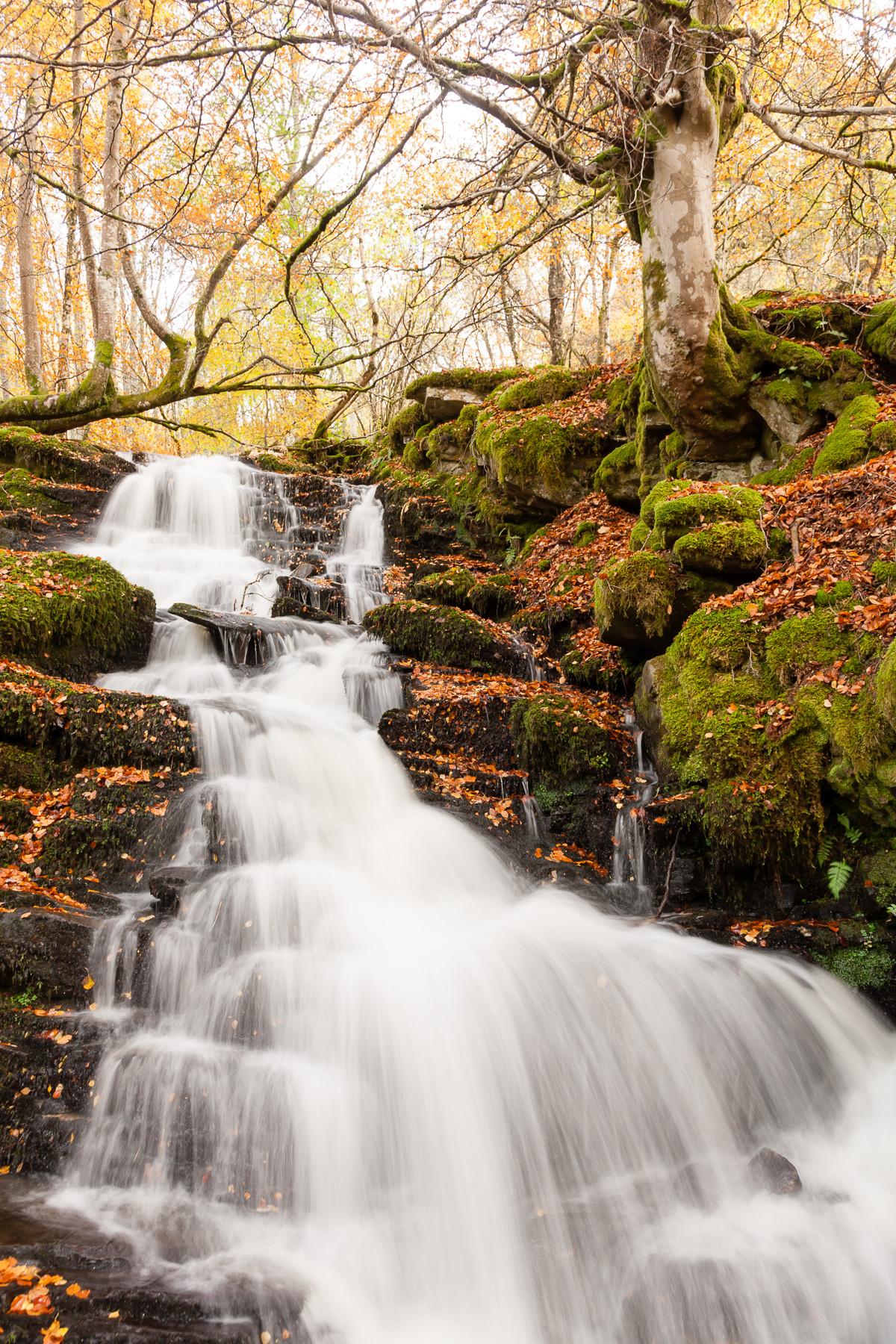 Looking across at the falls of Moness

Again taken without a tripod, you can just see the bridge in the background. 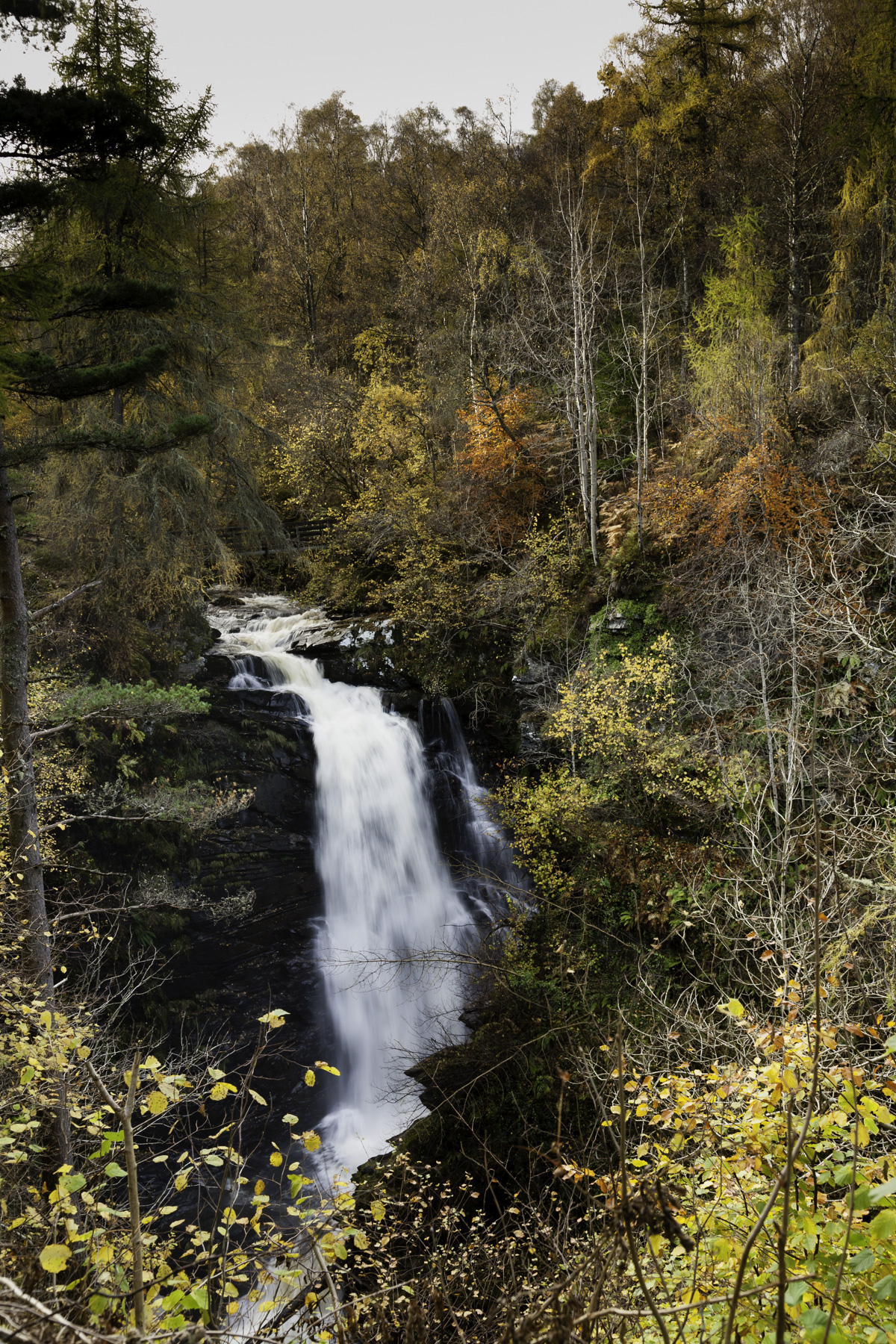 A beautiful view across the valley with a burst of sun 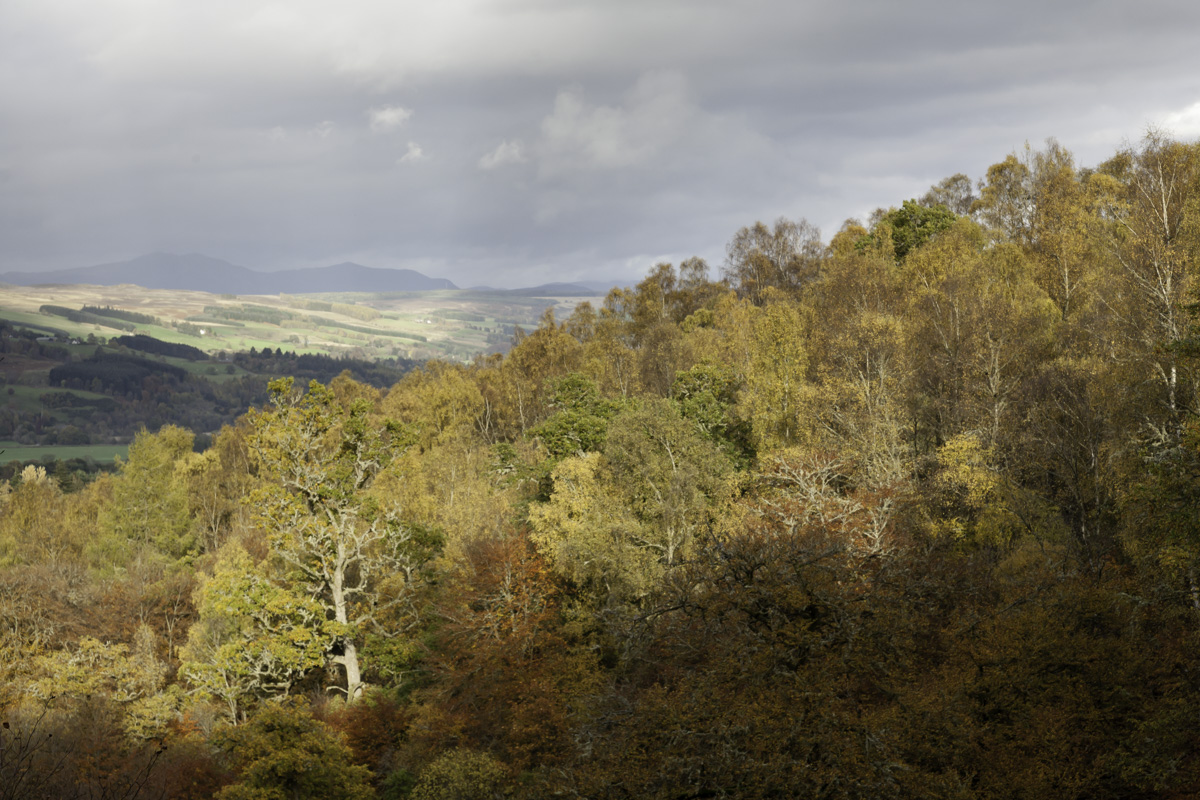